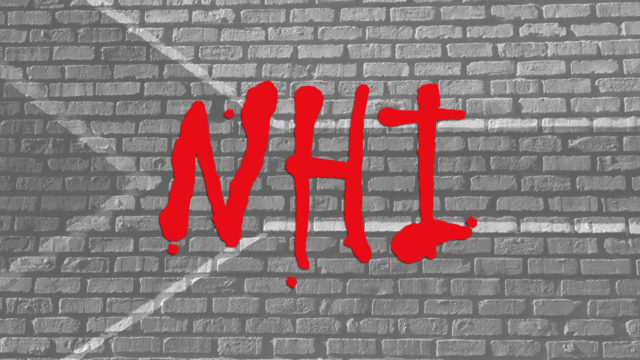 ‘NHI will be an unmitigated disaster’

“Despite its proven incompetence at managing public service organisations, the government is determined to create a vast centralised healthcare system. Instead of failing only some South Africans, as it does now, government healthcare will soon fail all South Africans,” wrote Ivo Vegter in Daily Maverick; 27 August 2018.

“The government keeps proving that it is incapable of running large organisations. South African Airways, Eskom, Transnet, the Post Office, the Passenger Rail Agency of South Africa, Portnet, and a host of other state-owned enterprises are beset with critical problems.

“This reality has not, however, given government officials any pause in forging ahead with a proposed National Health Insurance (NHI) scheme.

“Minister of Health, Aaron Motsoaledi, is sure the government is capable of running universal healthcare, but the primary government website, www.gov.za, on which these bills are supposed to be available, was down and returning '502: Bad Gateway' errors at the time of writing.

"Almost no aspect of healthcare will remain outside the centralised control of the NHI Fund. Its scale and complexity will be simply enormous. This vast new bureaucracy will have power to contract for and procure virtually all medical products and services in the country.

“Such a bureaucracy will likely employ hundreds of thousands of people, and far from reducing costs, will layer additional costs on top of existing private and public healthcare spending. It will inevitably be inefficient, as government bureaucracies always are, and will present significant new opportunities for patronage and corruption,” wrote Vegter.

Health practitioners in South Africa are very sceptical about government’s proposed National Health Insurance (NHI) plan, with many considering migrating to other countries if the ambitious project is implemented - according to a report released by trade union Solidarity.

Nicolien Welthagen, a senior researcher at the Solidarity Research Institute, said the research found that practitioners feel there has not been sufficient consultation with them on the government’s plans to implement the NHI.

More than 80% of healthcare workers believe that health practitioners will leave SA if government steams ahead with the roll-out of the NHI and 81,7% of the respondents indicated that they believe the NHI will destabilise the health sector.

Solidarity cautioned that the concern about healthcare in SA, in light of the NHI, must not be regarded lightly.

This was the reason why Solidarity Occupational Guild for Healthcare Practitioners organised “a crisis summit” involving experts from the healthcare environment and economists.

The proposed NHI legislation will effectively lead to the nationalisation of health services if doctors and other providers are forced to contract to the NHI - Michael Settas (Free Market Foundation) a consultant specialising in the health market industry at a media briefing in Sandton on 15 August. While universal health coverage is a laudable objective, the need for an NHI is questionable, as South Africa’s spending on healthcare is already high, and the public service should be improved to deliver better care.